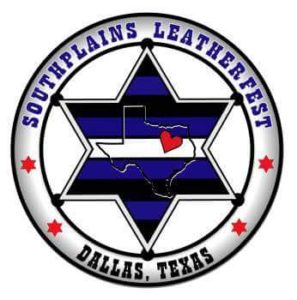 South Plains Leatherfest-International Master/slave Weekend began over 10 years ago as an event where experienced members of the community could find something different from the “SM 101” classes that filled the schedules of most other events and clubs. Since that time, we have expanded our mission, so now at South Plains you’ll not only find cutting edge, advanced classes on SM technique, but also specifically “queer friendly” space and a home for the Master/slave community.

What you won’t find at South Plains is a lot of political correctness. We embrace the raw edges of Leather and the “edgeliving” of M/s relationships. We support separate space and time for the whole community to gather. We remember our past and celebrate our future.
We are South Plains Leatherfest – come join us!

We Will Not Forget:

Back in 2002, slave marsha – who is a lover of language – decided there needed to be a short and sweet way to describe the heart of South Plains Leatherfest-International Master/slave Weekend. After a great deal of thought, she hit on four words that she felt captured the event’s essence. With that, the theme of South Plains became “We Will Not Forget.”

In 2012 we incorporated the phrase “Yesterday, Today and Tomorrow” to our long-held theme. At South Plains, we honor our yesterdays by remembering that the only reason an event like this can exist is because of the people who risked everything to gather in those first SM parties, clubs and events. We will not forget that what we call the “leather community” today was born from the tribe of leathermen. We will not forget the years of exile that leatherwomen have experienced from the broader women’s movement. We will not forget that too often, our own community at best misunderstands, and at worst rejects, those who identify as Masters and slaves.

And what about today? The struggles and risks taken by the American Fetish community, leathermen, leatherwomen, And Masters and slaves of the past have helped pave the way for the leather, BDSM, and kink communities of today. We invite today’s leathermen to join us in celebration. We replace the years of exile for leather women by offering them a home. As for the misunderstanding and rejection that surrounds those who practice M/s, we offer a Master/slave track of seminars and the International Master/slave Contest to make a place for those who hear the call to Mastery and slavery. Lastly, we welcome with open arms today’s growing pansexual, transgender, TNG, and kink communities. There is a place for everyone at South Plains and we want every one of you to feel at home at South Plains.

As for tomorrow, we know our community will continue to grow and change. At South Plains, we promise to grow with the community, while never forgetting the history that brought us here in the first place.

Begin your weekend early at Thursday evening’s Meet and Greet sponsored by NLA-Dallas. On Friday night come to the South Plains Cruise where the setting will recall bar gatherings of the past and we’ll kick off the weekend. On Saturday, have lunch at the South Plains Café and support the IM/s travel fund. On Saturday evening, watch the contestant pairs compete for the title of International Master/slave. Complete your journey at Sunday Brunch. And all weekend, you can spend time with your South Plains family in the South Plains Living Room. But whatever you do, do not forget those who walked before us.