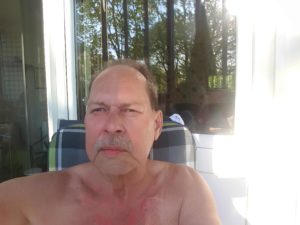 International Mr. Leather (IML) is an international conference and contest of leathermen held annually in May since 1979 in Chicago, Illinois.

IML is an international recognized distinction with an informal relationship with how contestants qualify: contestants must either be a winner of a lower level feeder competition of a bar, local or regional leather contest or be sponsored by a leather-related bar, business, club, or organization.

The forerunner of the competition was the 1970s “Mr. Gold Coast” bar contest held at Chicago’s Gold Coast leather bar, owned by Chuck Renslow and his then-partner, Dom Orejudos. The “Mr. Gold Coast” contest became one of the bar’s most popular promotions causing the need to locate the competition to a larger venue (1979), and title change to International Mr. Leather. The International Mr. Bootblack Competition was added (1993) to the IML program.

The Leather Archives and Museum has placed IML in a trust (May 2009) with event profits to benefit the museum.

In 2010 IML was inducted into the Chicago Gay and Lesbian Hall of Fame.

The judge’s highest and lowest scores for each contestant in each criteria are dropped, and the contestant’s remaining seven scores are tallied to determine the 20 contestants with the highest combined scores to proceed as finalists at the Sunday IML contest event. The only time that the dropped scores are included in the tally is when there is a tie for the 20th place; the contestants in question have their dropped scores included in the tally but if the stalemate continues then each of the nine judges must vote for only one of the two contestants. Preliminary judging scores are not carried forward. There are also two tally masters.

Each of the 20 finalists is judged at the Sunday IML contest on a scale from 0 to 100 in the following order:

The highest and lowest scores for each finalist are dropped, the remaining seven scores are added together, and the top three scores designate the second runner-up, first runner-up, and winner, International Mr. Leather. A tie for the title is resolved by adding to the tally the dropped scores of the two contestants; if the stalemate continues then each of the nine judges must vote for only one of the contestants in question.